The Icebreaker: The Banners of Home

Home used to be Geesthacht, a little town in northern Germany. Since 1980 home is in Gracia, my Barcelona neighborhood. Let me tell you about the banners of Geesthacht and Gracia and what they mean to me. Geesthacht’s banner is white above and red below and in the middle it features an emblem with a sailboat on the river and a willow tree growing on the land. Gracia’s banner is blue with a stem of white lilies. 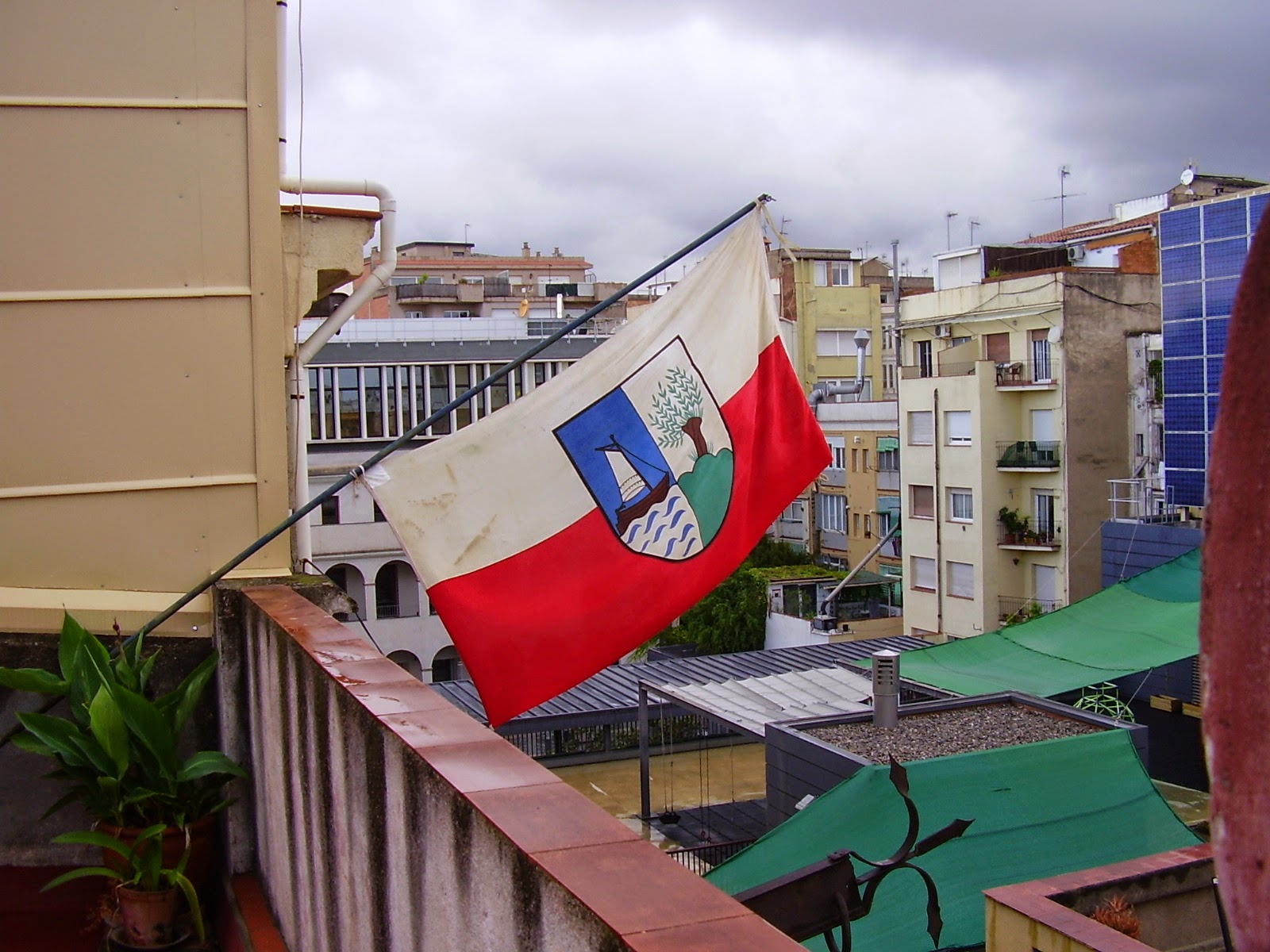 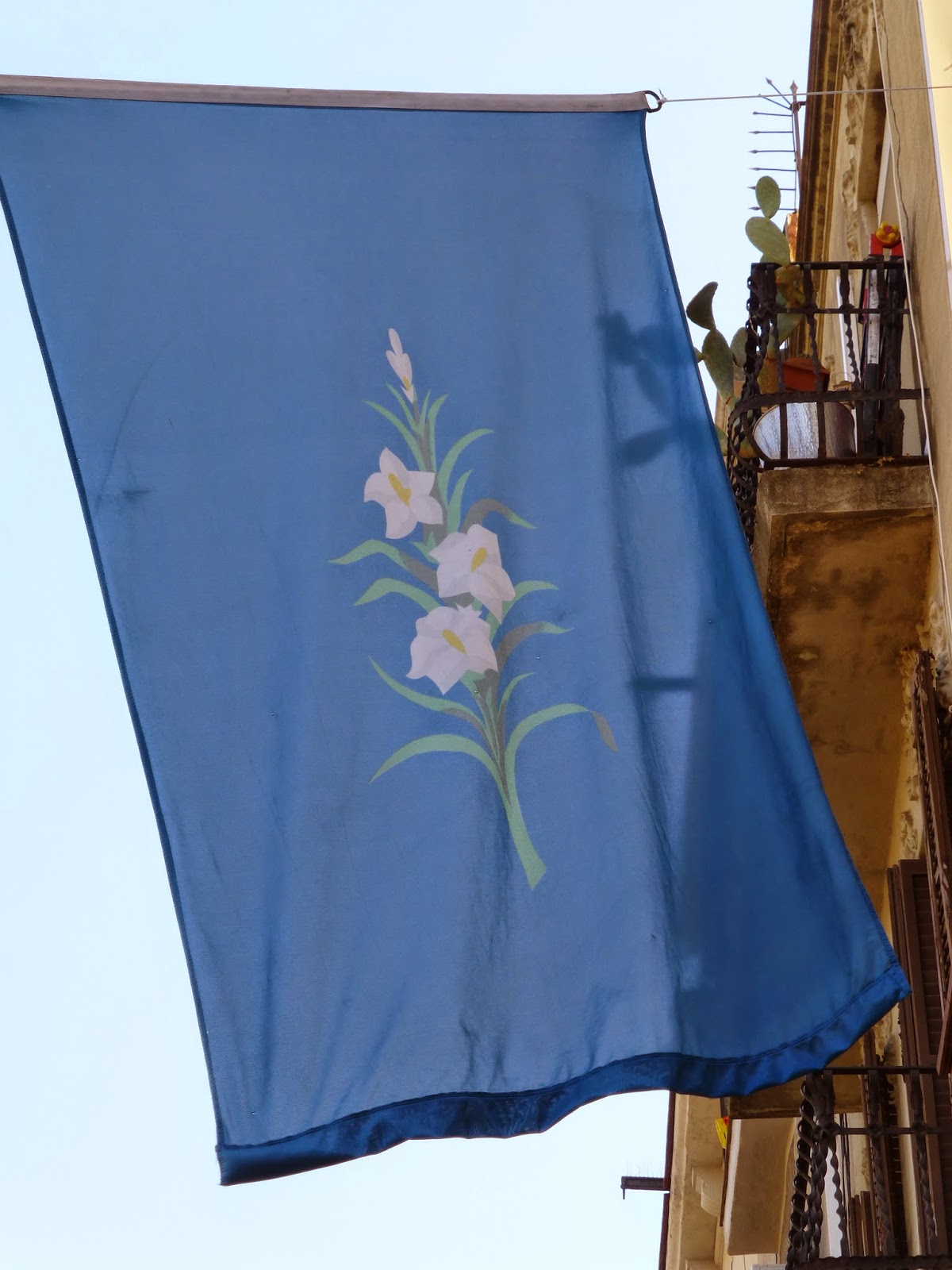 For over 800 years Geesthacht’s main industries were those represented on its banner: transport of goods and people on and across the river Elbe and the weaving of baskets. Does anyone of you know the smell of willow branches soaking in water? That smell is one of my childhood treasures.

Another is Eberhart, the steersman of the ferry across the river. I was five years old when I fell in love with him. He was tall, handsome, with weathered skin and reddish blond hair. I basked in the huge smile that used to light up his face, when he saw me.

World War II had been over for fifteen years.  It was the cold war. All through my childhood, adolescence and young adulthood, a silence weighing tons was threatening to crush me under its weight. At the time I wouldn’t have been able to name it. I thought it was something in me. All I could feel was a constant discomfort. I thought it was because I was not enough… not smart enough, not pretty enough, not good enough…or too much, too angry… because I was angry as hell.

As I grew up, I did my best to get over not feeling enough. As for the anger, I tried activism in various political groups, but that didn’t work out, because it made my anger only bigger. We kept reproducing the very same patterns we proclaimed we wanted to change. Therefore I decided that my means of political action was going to be my life, the way I make money and spend it and the way I relate to my fellow human beings, myself, and nature as a whole.

It was clear that the only place in the world where I really have a certain amount of power to decide what goes and what doesn't is the part that I occupy with my body. I had to really understand how it works. I reinvested the money I made as a translator and studied different things, until I found a method that allows me to work exactly the way I had envisioned. In 1988 I was certified as a practitioner of the Duggan/French Approach to Somatic Pattern Recognition and have worked as a DFA practitioner ever since. At that time I also began to practice as a member of what is now called the Yun Hwa Denomination of World Social Buddhism.

Both DFA and my Buddhist practice led me to understand how the silence of my early years had shaped my life, my experience and even my body, and that it had come out of trauma, generated by two world wars and collective madness, transmitted from generation to generation. With the silence out of the way, I was able to recognize that the boat and the willow tree on Geesthacht’s banner actually are deep roots for my life: my work helps people navigate the waters of the unconscious and reach the shore of awareness. Out of the ramifications of their experience we weave beautiful baskets.

With these roots, my mind is free to move in the wide open space represented by the blue in Gracia’s banner. The white lily I offer in honor of my ancestors. It represents the task my master gave me when she named me Gak Hwa, Realize Flower.

This is what these banners mean to me.